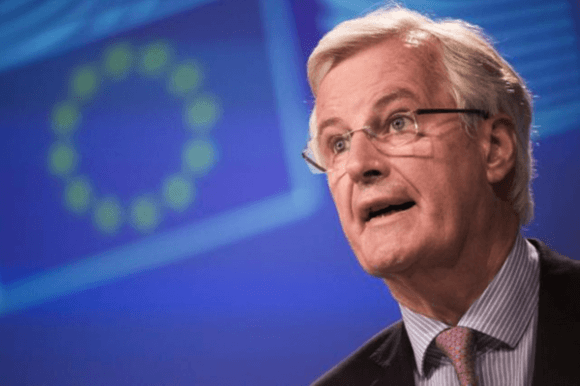 Once seen by some as President Juncker’s ‘Dauphin’ – the EU’s Brexit chief has turned down the top job – is this the end of the story?

During his first spell in the European Commission, long before Brexit was even a word, the BBC reported that Monsieur Michel Barnier refused to give interviews in English. Some (non-French) observers may roll their eyes and imagine yet another stereotypically stubborn Frenchman, refusing to bow to modern practice and accept the rise of English as the global language. Yet Monsieur Barnier is shrewder than that and replied: “one wrong word [in a language not my native tongue] and we could move markets”.

This was in 2008 and Barnier was the Business Commissioner in the Barroso Commission. The financial crisis had begun, and it was spreading, eventually bringing down governments and ruining lives across the EU. Considering this, then Monsieur Barnier’s meticulous level-headedness in the face of such extreme uncertainty is to be appreciated. Skip forward ten years and things have changed dramatically. Europe has recovered (somewhat) from the single greatest financial crisis it has faced in its history: Ireland and Portugal are recovering following their controversial EU-IMF bailouts, and so too is Greece (though the extent of their recovery is highly questionable). To quote Commission President Juncker, the wind is in Europe’s sails once more. There is however one fly in the ointment: the EU is now facing its greatest constitutional crisis. And again, Michel Barnier is at the helm, trying to calm nerves. This time, he is not afraid to use his English. Quite the contrary, he is keen to use it and is acutely methodological when it comes to selecting words and phrases. More recently, on a train journey to Brussels, he was heard mulling over Anglicisms for a speech on Brexit. He is not lacking confidence when he speaks, far from it, he is aware that everything he says is being minutely scrutinised by the British press and as the EU representative for Brexit, he is firm and clear, but always impeccably polite.

Amongst French politicians, Monsieur Barnier, European Chief Negotiator for the United Kingdom Exiting the European Union (to use his full title) is something of an anomaly. He has a strong attachment and dedication to his local constituency and home-region of Savoie, which is something that has always set him apart from his French contemporaries. Many politicians, much to the chagrin of the rural electorate, quickly become so enamoured with the capital that – it is grumbled – they quickly and conveniently forget their more provincial roots (though, to be fair, this is not grievance unique to rural population of France). However, Monsieur Barnier’s dedication to Savoie is impressive: he served his home region as a deputy of parliament, a senator and held the position of president of the regional council of Savoie for over fifteen years. The only other high-profile politician to share such a dedication to his home region is the former (and deeply unpopular) President François Hollande. This is where the similarities end. Hollande was an énarque, a graduate of the elite and prestigious École nationale d’administration (ÉNA) the usual training ground for France’s civil servants and politicians. Unlike Hollande, Barnier did not study at ÉNA. Nor is he of the socialist persuasion: an Gaulist, he served various ministries in Paris under Jacque Chirac’s premiership and presidency until eventually being called to Brussels to serve first as MEP and then as Commissioner (in an interesting twist of fate, Barnier also served as the French Europe Minister opposite (the now former, British Secretary of State Exiting the EU) David Davis while Davis was British Europe Minister under John Major’s premiership). His move to Europe is also somewhat exceptional. Many French politicians and observers have seen Europe as either a safe playground for elder statesmen (see former President Valéry Giscard d’Estaing) or a hospice for young political careers in terminal decline (see former Justice Minister Rachida Dati). Barnier is neither of these. If anything, his career seemed, until recently, to be on an upward trajectory, with some observers predicting the top floor of the Berlaymont building as the final destination. That is, until he ruled himself out and the European People’s Party, all but certain to emerge victorious in the next European Parliament election in 2019, selected the 46 year old Bavarian Manfred Weber, as its candidate for the Berlaymont.

But, nothing in EU politics (or the Eurobubble in Brussels for that matter) and even the spitzenkandidaten, which is supposedly intended to guarantee Mr Weber’s appointment to the Berlaymont next June, is not a certainty. The process that brought Mr Juncker to power five years ago, whereby the nominee of the largest party in the European Parliament becomes the Commission President, spitzenkandidaten is not popular amongst EU leaders. Although initiated to mitigate the EU’s perceived democratic deficit, many European leaders are envious of the Parliament’s enhanced role in choosing the Commission President, and would be happy to revert to the previous system whereby they choose the next President. And many would be happy to install the likeable and experienced Barnier as opposed to Mr Weber, who has not served in Government, neither in his native Germany nor in Brussels. Furthermore, it is also well known that French President Emmanuel Macron is pushing for a strong and more relevant EU, and with Germany preparing for the end of the Merkel era, the stars may be aligned for France to install a Barnier presidency next year. Whatever the outcome, Monsieur Barnier is regarded as a shrewd political operator, with a strong work ethic and attention to detail that impresses both friends and foes. His commitment to Europe has also been keenly demonstrated in his fierce defences of the EU while negotiating Brexit.

With the first phases of Brexit concluding in March 2019, Monsieur Barnier’s agenda may become much more flexible. Perhaps flexible enough to allow time to canvas for run for the Berlaymont? Things can change, but Monsieur Barnier is far from ruled out just yet.

The 20th century has seen profound changes in Europe. After battles and…