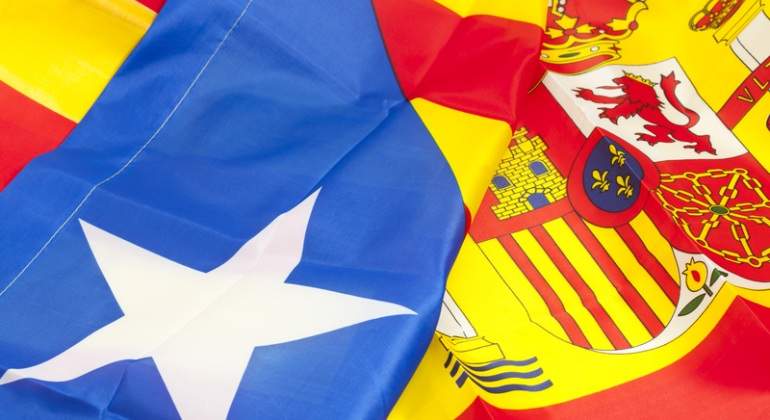 With the collaboration of Carolina Tranjan, contributor for MEA

Shame. Disgrace. Embarrassment. These have been some of the adjectives that have dominated news headlines all around the world referring to the events that took place in Catalonia on October 1st, when the regional government staged a binding referendum to achieve independence from Spain. Many of us have seen how images of good-willing citizens badly injured as a result of their clashes with the national police, a situation that is undeniably unacceptable for any democracy in the 21st century. However, this might not have been the only wound opened in Spain; there is a wound that opened that Sunday dividing Spain in half, and whose healing will take more than a few weeks. Or years.

The first thing that needs to be understood about the Catalan issue is its complexity both as a territorial dispute and ideological battleground. Disregarding historical connotations that have to do with nationalistic movements that appeared across Europe at the end of the 19th century, Catalonia has maintained a complicated relationship with the central government since the 1990´s. At that time, president Aznar (representative of the centre-right political party of Spain, PP) was on a mission to secure a majority government that would allow him to implement a new set of liberal economic and trade policies after more than a decade of socialist rule. This led the former president to seek coalition with the by-then raising CiU (Convergencia I Unió, Convergence and Union), a conservative Catalan party, that despite its aim to secure a higher autonomy for the region, had never shown any separatist aspirations. This coalition led to a growing scope of delegated competencies to the regional Catalan government, mostly in terms of financing, healthcare and education. Over the past decade, the successive CiU governments and the development of such separated competencies have increased the tension between PP and CiU, with their partnership long gone, and have contributed to the increasing levels of tension among Catalan and Spanish civil society as a whole.

But let´s get back to 2017. The pro-separatist regional government and some other likeminded political formations like CUP, based their referendum pitch on the principles of freedom of speech a “democratic right to vote”.  These rights are supposed to be maintained and safeguarded by the Spanish Constitution, which states that all Spanish citizens have the right to elect their officials and be a proactive part of the political life of such a young democracy. The government, deeming that this referendum had been organized under circumstances that did not preserve democratic guarantees and in time violated constitutional law, decided to elevate the matter to the Spanish Supreme Court of Justice. The Supreme Court ruled this vote illegal under the premises previously expressed by the government. As a result of this, the images we saw on Sunday were the product of police forces carrying out the Supreme Court verdict and crowds of CiU and CUP supporters intending to follow through with an anti-constitutional crime, which regretfully led to violence, tension and an increased fragmentation in Spanish civil society. What happened on Sunday was no only an attack to those involved in police riots, but a grave offense to the rest of unrepresented Spaniards and their voted Consitution, that could not but see how they were being made foreigners in their own land, at the expense of the “revolucionarios”.

Undeniably, Spanish government should have never left this happened, and the fact that nothing was done to appease and negotiate with the separatist parties will certainly has certainly risen great concern among the political class in the country; however, we must not forget what was really at stake on Sunday. The right to vote and decide was not violated, but the legality of a country and its citizens at the hand of a regional and national government that have put in the hands of misinformed citizens what they should have negotiated among them.

Despite Carles Puigdemont calls, Catalonia’s president, to get the European Union involved, the European Commission, through their spokeman, Margaritis Schinas, declared that they would not intervene in national issues unless requested otherwise by its respective government and they called for unity in this time of turmoil. This position, as cautious as it is, it´s symptomatic of a conflict that goes beyond the rather simplistic dilemma of good and bad guys, democracy versus tyranny; it is representation of an issue that has yet to reveal who are its true victims and perpetrators. For now on, all that is left to see is how both Puigdemont and Rajoy will deal with the situation and hopefully ask each other, “when did we go wrong?”