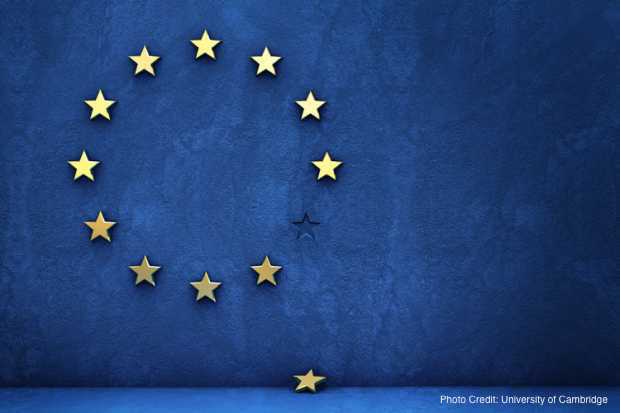 The European Union impacts every aspect of the lives of its citizens, and it often does so positively. Brussels enforces the world’s strictest health regulations, environmental protections and consumer protection policies. All these efforts largely benefit individuals and limit corporations that have to comply with these costly regulations. Yet, while all these actions can be deemed beneficial, citizens still look down on the European Union. This article looks at why this sentiment exists and why it has been able to proliferate.

The basis for today’s European Union was laid out in the aftermath of World War II, Europe was torn apart and national governments agreed that unifying economically was the only way to prevent the ascent of new conflicts. The goal, as stated by Schuman, was to make wars “not merely unthinkable, but materially impossible”. In the 1950s, European Integration was mostly supported by its citizens. People knew –because they had been directly exposed to the damages of wars– that Europe needed to unite. After its inception, the European Coal and Steel Community (ECSC) soon became the European Economic Community (EEC). In the 1980s, while European Integration was faced with critics from the UK’s Prime Minister, Margaret Thatcher, other historical events such as the fall of the Berlin Wall reinforced a sense of unity across Europe.

Nowadays, the political platform is vastly divided, few parties still remain openly in favor of the European project while many others feed on Eurosceptic sentiments and use the EU as their go-to scapegoat. Economic crisis, the media and the EU itself are to blame for the ascension of Euroscepticism. The EU’s inability to address the global economic crisis other than through austerity aggregated citizens and propelled Eurosceptic movements. The Union’s strong sanctions against Greece have pushed its population away. In 2016, only 27% of Greeks viewed the EU favorably. High unemployment in other countries has led to similar polls, 38% of French and 47% of Spanish are in favor of the EU (1). Economic factors alone are not enough to explain the rising unpopularity of the European Union. Looking at Brexit’s key voting issues, we see that the main reasons in favor of Brexit were –amongst economic reasons– immigration and sovereignty (2). For these, the media and the EU’s lack of action are both to blame. 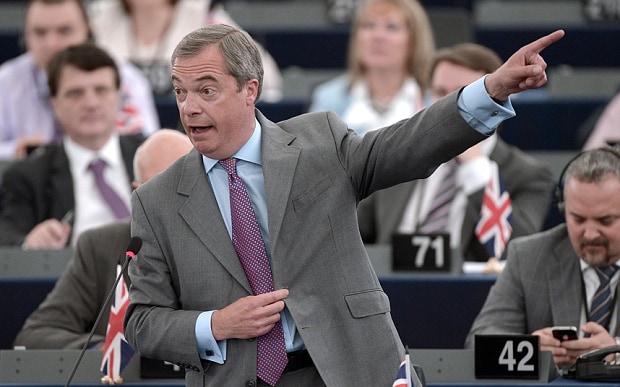 Nigel Farage, former leader of UKIP and spearhead of the Europeskeptic movement, during one of his interventions in the European Parliament

In the past decade, the media have only focused on the negative aspects of the European Union. The world has never been more peaceful and EU citizens safer and freer. Yet, the spotlight remains on what the EU is doing wrong or is not doing at all. The European Union is to blame for letting this happen as it failed to properly educate its citizens on its role and allowed ignorance to spread. Viewed by Europeans, Brussels’s Institutions are nothing more than a bureaucratic monster that feeds on taxpayers’ money.

Farmers are dependent on the EU’s Common Agricultural Policies, yet most have voted to leave the Union last June in Britain. Eurosceptic populists argue that net contributions to the Union are too high but forget the fundamentals of a customs union that spares them tariffs. People argue that the EU hinders national sovereignty but are yet to realize the opposite. All these arguments against the EU would be quickly and rightfully discarded if the Union had educated its citizens.

Because of the EU, citizens can travel and work freely anywhere in 26 European states, they enjoy cheaper products, are protected by laws, and healed by universal healthcare. Younger generations were born with all these advancements already in place, and as a result do not measure their huge impact. Older people who have experienced the European resurrection after the Second World War measure fully the immense progress achieved by international cooperation. This coupled with an exceptionally high youth unemployment rate in Europe, explains why younger citizens are so critical of the Union.

The EU is distant from its citizens and to regain popularity it needs to (1) explain its role and functioning, and (2) create a common European identity. The EU has a myriad of seductive arguments in hands, it just needs to use them properly. To this end, it needs to realize that Erasmus is not enough to appeal to young people. They also need to be educated through supportive educational materials that would explain how peace was achieved as a result of unification.

*Titouan Chassagne is the Vice President of External Affairs at the European Students’ Society in McGill University.

The European Union is changing, as we have stated many times. There…