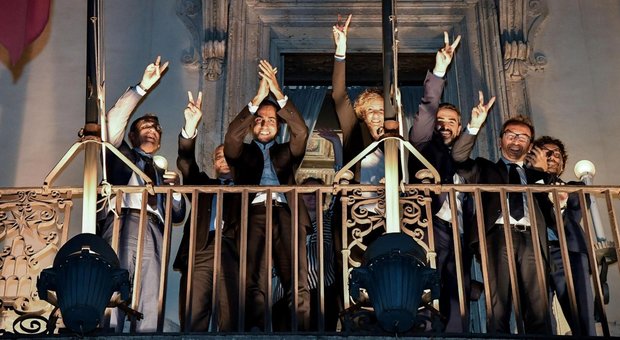 Recently, populism has become a fashionable topic. Ahead of European Election Day (23-26 May), populisms are sensibly rising (and worrying). France, Italy, Poland, Hungary, even Germany: populists are on the rise. A bunch of political movements are taking their seats (or have already taken them) and attacking Europe.

What do these movements share? What can we define as populist movement? According to the Oxford Dictionary, populism is “a political approach that strives to appeal to ordinary people who feel that their concerns are disregarded by established elite groups”. And a “political approach” can belong to both right-wing and left-wing politics, meaning that it has no specific colour. Almost every EU country, nowadays, has to deal with populist movements. Shall we argue that populism is inherent to the natural life cycle of democracies? In the era of post-truth, could populism be seen as a symptom of post-democracy and post-politics? Instead, are we heading towards a political dystopia?

Emotional politics and binary oppositions, a quick snapshot of populisms

Which are then the main features of populist movements? Firstly, the magnification of the people as emblem of goodness alongside with a powerful relationship between the political leader and the people itself. Worshipped by the masses, the charismatic leader feels entitled to bring into the political arena the rougher topics, and with the rougher words. Emotions find their place in the political discourse. No filters. Any exacerbation, even the brawnier one, is somehow tolerated. Especially when it comes to campaigning for direct democracy and political elites’ destitution. Citizens can take care of themselves, as they are the only ones aware of which should be the issues to be put on the political agenda (it is the case, for instance, of “citizens’ government instead of parties’ government” of the Italian Movimento 5 Stelle).

Representative democracy becomes old-fashioned. Besides, in his inspiring essay Populism (2000), the British sociologist Paul Taggart stated that populism could be seen as a symptom of sickness/malfunctioning/rustiness of representative democracies. In a few words: if and where there are populist movements, something is not working. But the fact is that populist movements reject the political establishment as well as the institutionalisation into a party. Having to adapt to different (and even contradictory) political positions, populist movements tend (and have) to be liquid, volatile.

Furthermore, populisms deal on a regular basis with the fabrication of an enemy (or many more). And with the consequences of the last financial crisis as well as the migration issue that has been impacting Europe since a few years, these enemies are certainly immigrants, banks and European bureaucrats allegedly protecting elites’ interests. Populism is the retrieval of all binary oppositions. Somehow, they can even paradoxically cohabitate in it, as suggested by the Belgian philosopher Dieter Lesage in the paper Populism and Democracy (2005). For instance: demagogy and demophilia. Populists constantly oscillate between mythologizing and exploiting people (it could be the case, for example, of the massive deployment of social media during electoral campaigns).

In an article published on The Guardian in 2015, the Dutch political scientist Cas Mudde states that populism contributes to produce the polarisation of society. “Populism is a monist and moralist ideology, which denies the existence of divisions of interests and opinions within ‘the people’ and rejects the legitimacy of political opponents”. Non-populists automatically turn into anti-populists.

Migration crisis, populism and Euroscepticism: what is at stake?

Euroscepticism, anti-immigrant rhetoric, direct democracy and fight against elites. And above all, the migration crisis is undeniably the trend topic of every recent populist political campaign (in this context, it can be useful to have a look at the country-by-country guide published last September by the BBC). It is no coincidence that anti-immigration narratives have now spread from Europe’s right-wing parties to left-wing ones. For instance, Jean-Luc Mélenchon, leader of the French far-left party La France Insoumise, during a meeting held in Marseille last August stated that the arrival of immigrants contributes to the lowering of the cost of wages (a sort of capitalist conspiracy). Also, the reluctance towards immigrants is the flagship of the newborn left-wing German movement Aufstehen. The new political sensation launched in September by Sahra Wagenknecht combines social justice and populist attitudes while feeding on this far-flung anti-immigrant sentiment.

Waiting for the next European Parliament elections, let us now get a quick glimpse at the political groups of the European Parliament privileging topics that are commonly evoked by populist movements, such as the defence of borders and the sovereignty of Member States. These groups are essentially two: Europe of Freedom and Direct Democracy (featuring 43 members, including the Italian Movimento 5 Stelle and the UK Independence Party of Nigel Farage) and Europe of Nations and Freedom (composed of 35 members, including the French Rassemblement National and the Lega, Italy).

Having a look at the Charter of the ENF group, it can be read that they “reject any policy designed to create a supra-state or supra-national model. The opposition to any transfer of national sovereignty to supranational bodies and/or European Institutions is one of the fundamental principle uniting Members of the ENF”. It can be read also that EU countries should be able to “establish their own budgets, draw up their own laws, take control over their own borders”.

This Euroscepticism is shared also by the EFDD group, which in its statutes claims for “more democracy and respect of People’s will”. This kind of approach rely on the assumption that citizens can have their say on any topic of political relevance. In 1922 the American journalist Walter Lippmann described this assumption as a utopic one. Utopia or not, the number of seats of the EFDD and ENF groupings could sensibly increase in a few months. And populist parties could have a stronger impact over legislation. The dream of Europe is in danger. Has it come the time to finally give a new impulse to the European Project?