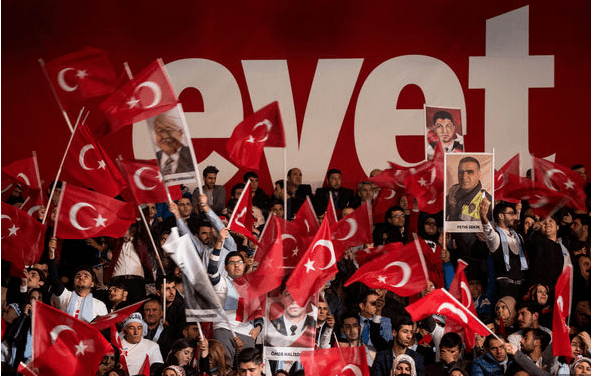 Today, Turkey is not the same country that it was week ago. The results of the referendum hosted on Sunday by Erdogan have set Turkey in an authoritarian and anti-secular course that will surely have repercussions in the region and in the relationship of the country with Europe.

The Republic of Turkey, as we knew it until Sunday, was created in 1921 under the precepts of the Law of Fundamental Organization, championed by Ataturk. This legislative framework succeeded in becoming the first constitutional document for the development of a modern state in the Anatolian peninsula. The modern Turkey proposed by Ataturk would be a secular state set in the principles of separation of powers; as well as on the promotion of personal liberties and human rights. For the first time in its history, the previously known Ottoman Empire would be placing its sovereignty on the hands of its citizens. During most of the 20th century, the republic of Turkey’s biggest challenges was fighting corruption and reinforcing the power of governments throughout the whole of the territory, having several tense episodes with the Kurdish minorities in the country. All in all, Turkey experienced a remarkable economic boom that corroborated the success of the modern experiment initiated by Ataturk.

Nonetheless, there are several factors that contributed to the erosion of the republic’s stability.

Firstly, the gap between secular and religious population. The peripheral regions of the Anatolian peninsula always maintained a sceptic stance towards the government, seeing as these regions hold the majority of the most conservative Muslim population, reluctant to accept the biddings of a secular central government. Recep Tayyip Erdogan, born in Rize, a city of the eastern corner of the country, personified the concerns of this sector of the population on his rise to power as prime minister for 11 years.

Secondly, the long-standing negotiations to enter the European Union have delegitimized the western principles of the republic in the eyes of the public opinion. The talks about Turkey’s membership have expanded over two decades now, leading to a wearing down of relations between both sides; in the eyes of Erdogan’s constituency, the European Union has taken advantage of Turkey’s privileged position to maintain the backyard’s safety, without making any true efforts to compromise.

Related to this last point, the geopolitical position of Turkey has set the country in the eye of the hurricane, specially taking into account the latest developments in the Middle East. Together with the Kurd conflict, the Syrian war has brought conflict right to Turkey’s doorstep. The increasing tension between Turkey and the Islamic State led in the bombings of Ankara and Istanbul in 2015, as well as the inflow of Syrian refugees arriving to the country in big numbers.

Taking all this into account, since the beginning of his presidency in 2014, Erdogan put his plan in motion to restore the republic to its Ottoman values, and reassure its position as a crucial power for both Europe and the Middle East. The increasing support, that the president has received during this year, falls on the shoulders of the millions of conservative Muslims that felt the “modern republic” was not representative of the Turks and had become too beneficial for the secular elites of Ankara and Istanbul. As populist as these arguments might seem, Erdogan managed to champion this discontent and make it his justification for the actions he has taken on the state. During all these years, Erdogan has silenced media critical of his authoritarian ways, increasingly monopolising newspapers, radio and television stations, as well as jailing his opponents. The process for the dissolution of Ataturk’s democracy, that began with the protests of Gezi Park and reached its climax with the military coup of 2016, has crystallised with Erdogan’s victory in last Sunday’s referendum. From now on, if results are confirmed, Erdogan will not only be allowed to stay in office until 2029, but will gain total control over the Parliament and the legislative institutions of the country. What effects will the new Turkey have on the European Union? 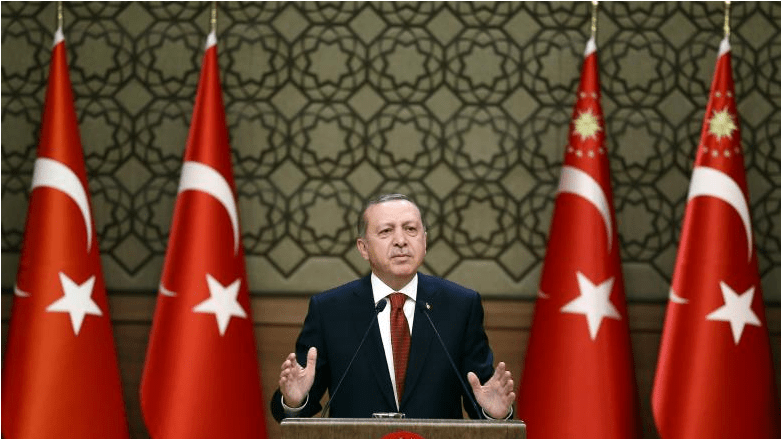 Undoubtedly, the first and most obvious consequence of last Sunday’s referendum will be the state of negotiations between Turkey and the EU for its potential accession as a full-member. Although Erdogan has expressed in several occasions his reservations about carrying through with the talks, on the European side, this process has officially deterred further negotiations between both blocs as it plainly violates basic democratic principles.

Secondly, the diplomatic relationship between both will deteriorate as Erdogan’s policies further Turkey from the EU. In his victory speech, the Turkish president reiterated his desire to reinstate the death penalty in Turkey, something that the EU has consistently warned to be a red line. Electoral fraud will also hinder smooth talks. EU officials have requested for Erdogan’s government to probe the allegations about irregularities in the voting system as well as the embroilment of Turkish government officials in the electoral outcome. This will indubitably strain the current delicate diplomatic relationship among both sides, as the accusation of meddling in electoral results counters European values and insults the legitimacy of Erdogan´s victory. However, Turkey has a recent bitter sentiment towards Europe, as it fathoms a sense of neglect and solidarity from the bloc. The Turkish EU negotiator, Ömer Çelik, declared that the EU did not show enough support to the Turkish people after the bombings of 2015 and last year’s military coup. He has also denounced continuous racist occurrences against the Turkish population in France and Germany, especially towards those who have shown their support to president Erdogan.

Third, the refugee crisis will deepen. Immigration is the biggest trigger in the deterioration of the EU-Turkey relationship. Turkey has been a key player in regulating the refugee flow from Syria and Iraq during the last couple of years. Along with Greece and Italy, Turkey has played a prominent role in serving as a gatekeeper for Europe and has arguably prevented a bigger migration crisis in the region.  With its separation from liberal and European ideals, Turkey will no longer guarantee a secure border for the south-east of Europe, less collaborate with the European institutions to control and manage the refugee flow. Moreover, the refugee situation can serve as leverage for Erdogan in future disputes and negotiations. The documentation and control of refugees is crucial for the European Union, not only because is guarantees the fair treatment and distribution of asylum seekers, but because it could offer extra protection against the free circulation of Islamic fundamentalists between Europe and Syria.

Lastly, the so-called Islamic State.  No matter how distant from European ideals Erdogan’s actions might seem now, he has provided a remarkable service for the interest of the region by proactively engaging his military forces against the so-called Islamic State. Turkey has greatly contributed in defending disputed territories and supporting the Iraqi army in regaining control over important territories.  Although Europe has still suffered from some terrorist attacks throughout its territory, yet it is arguable that the so-called Islamic State has seen its trajectory cut short due to the military efforts of Turkey, and therefore, making it somehow more manageable for European security institutions. Turkey will surely continue its strategy for the sake of national security, however, it is unlikely that the new government will maintain its collaboration with European institutions in terms of intelligence and tactics. We can find comfort in knowing there is a common enemy, but we cannot guarantee the tactics and strategy will be aligned with those of Europe.

Over the next few weeks, the new relationship among Europe and Turkey will unfold as their respective officials position national interests. In the meantime, concluding the effects that this political shift in Turkey will have at a global and European level would be premature. Despite a few key differences, Turkey and Europe have shared values and principles for most of the 20th century. Turkey proved it was not only an indispensable ally, but a great friend that provided Europe with cultural richness and protection. Now Europe must bid farewell; as of this week, Turkey has trundled the political arena and Europe should no longer see Turkey as a close friend, but a forlorn ally in terms of geopolitical relevance and global security.